Good day!
I have been experiencing quite a few problems lately and tried everything I can think of to overcome them, but it just seems to be getting worse.
A site of mine that has been working quite well, I thought, suddenly developed the problem that it will not show the Artisteer developed template anymore. I took the template from another site, and this would not display either - although working on the original site with a different host.

Support at Artisteer advised that: "There appears to be an issue with your Joomla installation.
I would suggest that you re-install it or contact Joomla for support.
Other templates such as free siteground ones will not install/display properly also."

This comment did not make much sense, but, in any case.

When I got to this problem site a while later, it was displaying a template named Siteground 16-44 or something similar. I assumed that somebody had accessed my site and introduced this template there. Since it was still a very small site, I assumed that that 'somebody' may still be there and for the experience - delete and rebuild.

My host advised that I use their facility called Softaculous and I e v e n t u a l l y succeeded in establishing the instance of Joomla.

I uploaded and installed Akeeba Backup, which would not go further than the page 'Post-installation configuration' - it is just dead and does not respond, but I will take that up with them as soon as they are back from holiday, if it pans out not to be part of the same problem!

I uploaded and installed Admin Tools and JCE without any problems. JCE had to be updated, and this occurred smoothly, without a problem.

Then I uploaded and installed the template, which I had saved fresh from Artisteer. Still a no-show! It's there, on the site! I ftp'd up and had a look.

Anybody have any advice for me? Please? Before I go into orbit without a countdown! 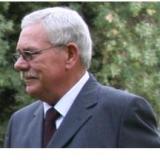 JP Fourie Accepted Answer
0
Votes
Undo
Hi Les,
Further investigation regarding the above has shown:
Servers that run with Plesk can have the following problems - they save files written by PHP with a 0600 permission instead of 644 and apparently do not allow the use of .htaccess unless you talk to them!

JP
Comment
There are no comments made yet.
Responses (9)

Les Accepted Answer
0
Votes
Undo
Thanks for the update JP. This type of restriction can cause a number of issues. The nice thing is, if you figure it out, you can change the permission values in FileZilla. AS I mentioned after I edited my template file through one of the Editors, the permission was reset to read only. I'm not sure but I think I had added code to the Artoisteer template through it's Code feature. I had to go back to FileZilla to then make a change through Edit Template in Joomla. So many disjointed tools.
Comment
There are no comments made yet.

JP Fourie Accepted Answer
0
Votes
Undo
Thank you for your friendly support Les!
I have solved the problem of the template that would not show. As it happened, the poor thing couldn't show, because the permissions on the server had not been set right. Now that I have gone in and set them right, it can, and does show!

Les Accepted Answer
0
Votes
Undo
If you want to send me a copy of the artx template file I'll bring it up in Artisteer, export it and see if it loads on one of my test sites.
[email protected] mind.com
Les
Comment

You could also include the template zip if you wanted
There are no comments made yet.

Sorry, got to add - all the Joomla templates are working.

JP
There are no comments made yet.

Les Accepted Answer
0
Votes
Undo
JP, My hair is just as Grey as yours, LOL. I now you said you did a reinstall. I was just thinking someties bits are left over so renaming might be cleaner. I do use Artisteer 4 and are you referring to their link to the Artisteer website that's on the footer? If none of the Templates work, Artisteer or included, it would seem to be Joomla.
You can create a addondomain of anyname and then access it with the complete address.
I.e. http://www.maindomain.com/newdomain . This allows you to create a domain, get it working and then post it later. You can even leave the old Domain hosted at another site until your ready to change the name server. I say this because you might want to create an addon just to test everything with a totally new installation. Last thing, have you loaded any new Extensions before you noticed the problems?
Les
Comment
There are no comments made yet.

Les Accepted Answer
0
Votes
Undo
You might try renaming the current domain directory through Filezilla to DomianHOLD and then create the new directory you need and reinstall Joomla to the new directory. It would give you a completely clean install.
Les
Comment

Les what you see already is the new install. Old one deleted. Sorry I did now, without looking to see what the logs look like. I'm learning. The problem at my age is retention. Just do not want to spend what's left learning the same thing over and over. B-)
There are no comments made yet.

Les Accepted Answer
0
Votes
Undo
No Template from here...Can you use any of the default templates like Beez20? Do they show up?
Comment

JP
There are no comments made yet.

JP Fourie Accepted Answer
0
Votes
Undo
Hi Les.
No, Les, what I am saying is that I went up there, using File Zilla to have a look-see if all of the template was there. The template was installed, as all extensions are, using the Extension Manager, from my computer.

Forgot to mention that the initial template had been tested by Artisteer and declared OK.

After the first posting I went to a friend of mine, and accessed the site from her computer to check out that I was getting the same results with the Akeeba 'Post-installation configuration' using her computer, as I know that this will be required by Akeeba from studying their posts.
No difference.

Les Accepted Answer
0
Votes
Undo
This may just be terminology but you said you FTP'd the template up. Did you load it from within Joomla in the Extension manager?
Comment

I re-read your post and think I answered my own question. I also assume you set the template as default. Can you see the template in the Template manager area?

It might help if you give us the website. I have run into issue where two different systems see the site differently.
There are no comments made yet.

There are no replies made for this post yet.
However, you are not allowed to reply to this post.

Please login to post a reply
You will need to be logged in to be able to post a reply. Login using the form on the right or register an account if you are new here. Register Here »
Forgot Password?
Priority Support
Showcase
Introductions
Announcements
Suggestion Box
Extensions
General
Templates joomla 2.5 extensions joomla3 tutorial help web application development Joomla 3.0 upgrade suggestion